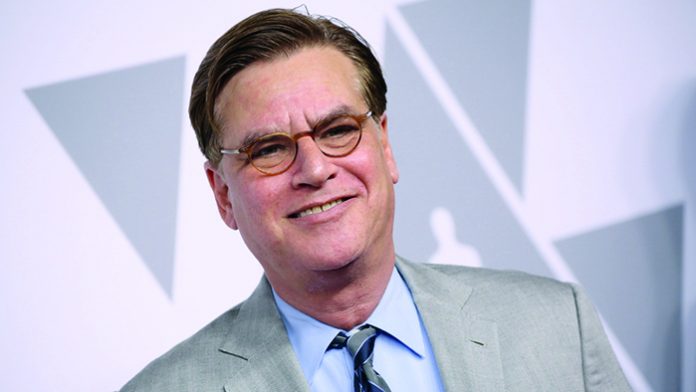 SORKIN, WARREN, PAUSINI, PONTI AND GARRONE TO KICK OFF THE 16th L.A., ITALIA FEST
From Sunday, April 18, the Italian festival Will Unfold Between Hollywood and the Digital Platform
LOS ANGELES, April 17 – Aaron Sorkin will be honored with the “Director of the Year Award” for ‘The Trial Of The Chicago 7’ (Netflix) at the upcoming L.A., Italia – Film, Fashion and Art Fest to take place both at Hollywood TCL Chinese 6 Theatres and on streaming (eventive.org and mymovies.it). The US author, nominated for six Academy Awards 2021 (including the Best Movie), will also be awarded as “Best Screenwriter” on the Festival’s inaugural day on April 18.
“Aaron Sorkin is an incredible talent and his movie is a perfect work from a directional point of view,” said L.A., Italia founder, and producer Pascal Vicedomini. “We are proud to welcome Aaron Sorkin, who previously won seven Capri Awards for “The Trial Of The Chicago 7” at the latest edition of the ‘Capri Hollywood Festival’ (December 2020)” Vicedomini added.
“Sorkin will share the spotlight with a number of Italian artists including, Edaordo Ponti (“The Life Ahead”), Matteo Garrone (“Pinocchio”), Gianfranco Rosi (“Notturno”), Fabio and Damiano D’Innocenzo (“Bad Tales”), Giorgio Diritti (“Hidden Away”), Marco Pontecorvo (“Fatima”), Pietro Castellitto “(The Predators”) and Monica Bellucci (co-starring in “The Man Who Sold His Skin” the Tunisian movie Oscar nominated as Best International Film)” said producer Andrea Iervolino who will serve as this year’s co-chair alongside the Oscar-winning screenwriter and producer Nick Vallelonga.
Access to screenings at the Hollywood Chinese 6 Theatres for L.A., Italia 2021 will be free of charge (maximum 100 people, with reservation trough the website losangelesitalia.com) as well all the screenings on Eventive.org and Mymovies.it. Seminars and award giving ceremonies also can be followed on YouTube and social media (Facebook, Instagram, Twitter). On Sunday 9am PT and 12pm ET the official kick off online with a special performance by Andrea Morricone and Andrea Griminelli Honoring Ennio Morricone. To follow the Awards ceremony of Diane Warren, Laura Pausini, Nicolo’ Agliardi and Edoardo Ponti. Then the Pinocchio’s moment with director Matteo Garrone, the actor Federico Ielapi and the Oscar nominated costume designer Massimo Cantini Parrini.
The Festival, sponsored by the Italian Ministry of Foreign Affaires and the Italian Ministry of Culture in association with Intesa Sanpaolo, Rai Italia, Iervolino Entertainment, Minerva Pictures, Rai Com, Rai Cinema, as well as the Italian Consulate General and the Italian Institute of Culture in Los Angeles, Italian Trade Commission, Anica, Apa, and Rai Italia has become a metaphorical bridge between two cultures and two industries.
PROGRAM

PAOLO SORRENTINO’S “THE HAND OF GOD”, OSCAR® NOMINATED IN THE ACADEMY’S BEST INTERNATIONAL FEATURE MOVIE CATEGORY, WAS HONORED AT 2022 LOS ANGELES, ITALIA ON...